Most agree that Christmas is, as the song goes, the most wonderful time of the year. But, among all of the carol-singing, turkey-carving and It’s-A-Wonderful-Life-watching, we often overlook an important aspect which is the safety of our pets around all of the additional things going on in the household.

The season, if handled improperly, can be a not-so-jolly one for your family dog or cat. So let’s take a look at some of the potential pet problems, and see how they can be avoided by being aware of pet safety at Christmas.

Christmas is a time in which we traditionally invite a host of our friends and family over to revel in the season, boisterously laugh, shout and occasionally argue with one another. This outpouring of glee is made all the more voluble when alcohol is thrown into the mix. If you’re setting off a Christmas cracker or two over dinner, then you’ve a recipe for terror!

Pets react to new people in different ways. Some will become very excitable, some with become aggressive, and some will be terrified. It’s important that you provide your pet with a place that they can retreat to during this time. An upstairs bedroom, with a comfortable area to sleep in that is shielded from noise, would make a perfect location.

Loud noise is not just limited to the shouting and hollering of assembled revellers, though. Shortly after Christmas has been and gone, we’ll have New Year’s Eve to contend with – and this means dealing with a series of loud explosion in the sky. Fireworks can be terrifying for cats and dogs, and so it’s important that they be reassured and kept indoors during this time. 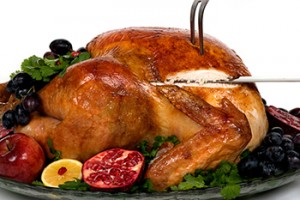 Christmas just wouldn’t be Christmas if the house wasn’t temporarily filled with extra-tasty, indulgent snacks for us all to approvingly wolf down. Whether it’s a mince pie, a slice of Christmas ham, or another helping of Christmas pudding, we all love to eat over Christmas – and eat well.

It’s tempting then, to allow our pets a look-in on the act, too. But, while treating your cat or dog to a spare potion of ultra-rich turkey might be okay if done in small doses, larger helpings could well cause problems – especially helpings large enough to contain small hidden bones. Moreover, there are other foods which might have a disastrous impact on your beloved pet’s gut.

Of these, perhaps the most pressing example is chocolate. Chocolate contains theobromine, which neither dogs nor cats can properly metabolised. If either is to ingest chocolate, then they’ll need to be taken to the vet for a session of induced vomiting, before having their digestive system cleaned out with irrigated charcoal. Suffice to say, this is far from a pleasant way to spend one’s Christmas.

Similarly, alcohol is bandied around in large quantities in many British households at Christmas time. And many pet owners are tempted to allow their pets a small portion of alcohol, if only to have them get in on the action.

But giving alcohol to your cat or dog can be a disastrous decision. Their small bodies are not capable of flushing out the toxins as quickly as ours can. They may end up with severe headaches and discomfort. As the alcohol begins to effect the central nervous system, the animal may experience a lack of co-ordination, and then a fatal heart attack.

Suffice to say, if you’re thinking of plying your pet with booze this Christmas, then you should think again! 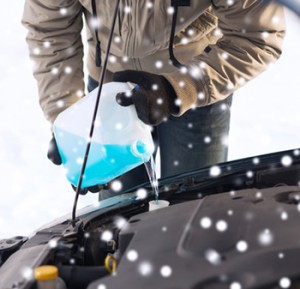 Antifreeze is among the most galling of all Christmas threats to your pet’s livelihood. It’s a highly poisonous substance, used in cars and other sorts of heavy machinery thanks to its ability to remain in liquid form even when in sub-zero temperatures.

This property is thanks to an alcohol-derivative known as ethylene glycol. This substance is hugely dangerous in two ways. Firstly, it is highly sweet, which is enough to tempt a pet to drink huge amounts of it in a short space of time. Secondly, it is highly deadly; once it’s been swallowed, it will form crystals inside the animal’s kidneys. This will cause fatal damage in a matter of hours if it isn’t treated.

For this reason, it’s important to act quickly if you suspect that your pet has drunk antifreeze. The earliest symptom is a stupor, as though animal is drunk (which it arguably is).

But prevention, as is so often the case, is better than cure. You can minimise the risk of antifreeze to your pet by making a point of periodically checking your car for leaks. If you notice that a bluish-green substance has formed in a puddle beneath your car, then you’ve got a leak.

We should note here that toy designed for people are distinctly different from those designed for pets. For our purposes, the most significant of these differences concern the fact that one category is designed for hands, while the other is designed to withstand gnashing jaws and pointy teeth. Many gifts designed for people have small, hard, sharp parts, which can easily splinter and cut into a dog or cat’s mouth or throat. If ingested, they can cause serious problems.

Moreover, as we’ve seen, humans and their pets differ greatly in the foods they’re capable of eating. What might be delicious for a human might be disastrous for a cat or dog. For this reason, you should ensure when buying a gift that you opt for a product specifically designed for animals – whether it be a chewable toy or a tasty treat!

Similarly, many of the gifts we lavish upon one another require sources of power in order to function. This power source almost always comes in the form of a battery, which is why so many households stockpile a set of them.

Batteries, like the toys they power, present a threat to pets. If a dog or cat were to bite into one, they might suffer chemical burns. If they were to swallow one, then they might choke. If your pet should be so unwise as to swallow a battery, then you should contact your vet at the earliest opportunity.