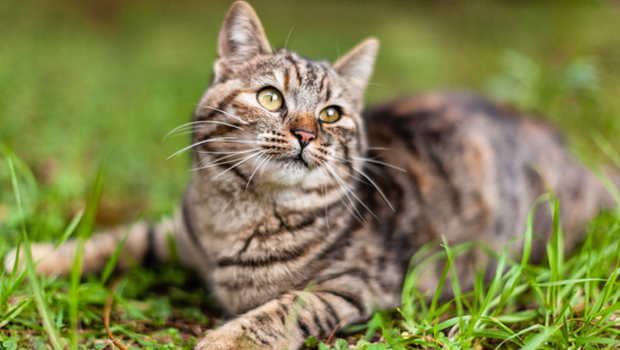 Why does my cat eat faeces? Owners of cats the world over are sometimes alarmed to discover that their pet has formed a rather repulsive habit: one in which they voluntarily eat their faeces. That a cat owner should be horrified at this discovery is understandable. Why, they ask, would a cat – or any animal, for that matter – do something so utterly disgusting?

There are a number of possible reasons why your cat might engage in coprophagia (poo eating, to the layman). These include:

Your cat is suffering from a nutritional deficiency

Your cat might be lacking in key vitamins and minerals. They may also by malnourished. If your cat is not eating correctly, then this can cause deficiencies which can be compensated for by eating faeces.

Your cat is infected with a disease

A cat which eats faeces may be suffering from a number of diseases, including diabetes and thyroid problems. In some instances, a cat’s pancreas might not be secreting enough digestive enzyme required to properly digest food. In such cases, a cat will seek a source of this enzyme, which, happily enough, is usually abundant in the cat’s own excrement. Obviously, this is far from an ideal solution and so you should take the cat to the vet in order to investigate the underlying causes.

Your cat has a behavioural problem

It may be, however, that the problem is behavioural. Cats sometimes develop obsessive compulsions toward eating their own faeces. There is no strong consensus as to why this is the case. One theory suggests that the cat’s sense of smell may be the source of the confusion. A cat might smell part of the undigested food inside their faeces and conclude that it is something that might be worth eating. Another theory posits a more simple explanation: that cats simply like the taste of their own faeces. In either case, it is clear that the behaviour should be strongly discouraged.

In a word, yes. Cats which eat faeces can suffer from a number of problems as a result; among them gastroenteritis, weight loss and worms. Faeces, after all, contains a large concentration of toxins – it is, after all, comprised of all of the substances which the cat’s body has rejected in the first place

What can I do about it?

Any solution to the problem of coprophagia will depend on its causes. One must also address any problems which have been brought about as a result of the behaviour – in most cases, the cat will need to be inspected for signs of parasites.

In the latter case, a vet will be able to determine whether a cat is has become infected and decide what further action to take. You should ensure the cat is up to date with their worming. Your vet will be able to offer further advice and make the necessary arrangements.

If, on the other hand, the problem is behavioural, then you will need to make a few changes in the cat’s environment, in order to discourage the behaviour. Specifically, you will need to ensure that their opportunities to engage in coprophagia are kept to an absolute minimum. Ensure the littler tray is clean and that the faeces are disposed of as soon as possible. This will ensure that the cat cannot eat it and with any luck, they will soon stop wanting to!

Bizarre behaviours like coprophagia can also be sometimes explained by simple boredom. If you suspect that this is the case, you might wish to buy your cat something to distract themselves with like a little mouse. Toys can be bought relatively cheaply at any pet shop and will with any luck stimulate your cat to such an extent that any thought of eating its own excrement will be long forgotten.

A lack of exercise is generally thought to contribute to coprophagia. However, cats – unlike dogs – are generally more than capable of finding exercise on their own. A likelier source of the problem lies in the animal’s diet. You might therefore also consider supplementing the cat’s diet with a digestive enzyme. If the cause is dietary, then the behaviour should desist. As well as using supplements, it may be a good idea to improve the cat’s diet generally – if you are feeding them cheap dried foods and nothing else, then consider switching to something else. This will also improve your cat’s general health and so is highly advisable.

If the habit persists despite these measures, then it is time to return them to the vet and investigate further.