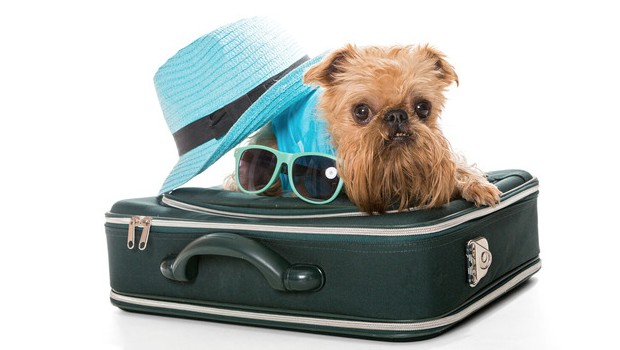 Travelling with your Dog

The weather outside is looking seasonally frightful – and that can only mean one thing. Christmas is almost upon us, and so many will decide to jump into their cars and travel to see their friends and relatives on the other side of the country (or perhaps even further afield). 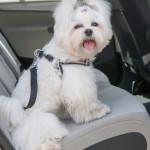 If you’re fortunate enough to be the owner of a dog, then this can complicate matters somewhat. Dogs and cars are not the most comfortable of bedfellows. Dogs can be variously boisterous and over excitable, large and clumsy, timid and easily panicked. The problems associated with these qualities can be exacerbated by the cramped, jostling environment in the inside of a car. And, to make matters slightly more interesting, it’s impossible to predict with any certainty how a dog might respond to being bundled into a car until they’re actually in there.

In this article, we’ll consider this problem, and see how we might address it so that your Christmas journey be as stress-free as possible for both you and your beloved pooch!

What does the law say?

Despite the obvious dangers which might result from having an animal loose inside the car, there are no laws against the practice. Section 57 of the Highway Code only recommends that such an animal be ‘suitably restrained so they cannot distract you while you are driving, or injure you if you stop quickly’. This advice is clearly very sensible, and will form the backbone of this article’s recommendations.

One might limit these effects by driving sensibly. This is probably all the more important when one considers the amount of snow and rainfall likely over the holiday season. But it’s also important to restrain your dog.

Cages come in a number of different forms. There are small ones which can fit underneath the seat, and there are large ones which should be fixed into place in the boot of your cat. Shop according to the needs of your dog.

While heat isn’t a pressing concern during the winter, it’s worth considering that your dog is not as well-equipped to deal with closed, over-warm environments as you are. That means that if you’re blasting the heating for long periods of time, you’ll be making your dog particularly uncomfortable.

Air conditioning can help, here. Have it keep the car at around room temperature. If your dog looks uncomfortable, then you might consider doing the unthinkable and opening a window just a crack. The car’s human occupants might object, but the dog might appreciate the extra chill!

If you’re going on an especially long journey – perhaps one spanning multiple hours – then you’ll want to punctuate it with occasional breaks. If you don’t allow your dog to stretch its legs, then it will grow restless – and this can lead to misbehaviour. Moreover, you’ll be providing it with some contact with the cold air outside, which, as we’ve already touched upon, can be refreshing.

Many service stations have policies which restrict dogs form wandering around the interior, but you’ll still be able to take it for a short walk outside. The usual rules of dog-ownership apply: keep your dog on a tight leash when you’re in a car park, and don’t let your dog soil anywhere without picking it up and disposing of it afterwards.

Long journeys spent inside a car can be unpleasant for your dog. They can be tedious, uncomfortable, and sometimes intimidating. But that said, such a journey can be just as impactful on your car – particularly during winter, when your dog will happily spend a lot of time strolling through mud, sticking its snout into dead plant matter and generally making itself filthy.

If you should be fortunate enough to own an expensive car, then this consideration will be all the more pressing. Fortunately, there are ways in which this problem can be addressed – invest in a boot liner.

Boot liners come in many different forms. There are cheap, ill-fitting, one-size-fits-all offerings, and there are boot liners which are tailor-made to fit a specific model of car. In most cases, the latter represent by far the most sensible investment. That extra few pounds spent will buy your car protection against those scratches and stains that will cost far more to clean. This will help to preserve the long-term value of your car, and will make your life that little bit easier, too!

What about food and drink?

Suffice to say, the last thing you want when you’re driving along a crowded motorway is a dog that needs to go to the toilet. Even worse, you don’t want to contend with the smell of a dog that already has! Prevent this heinous possibility by not giving your dog any food or water for a couple of hours before setting out. If possible, make sure they go to the toilet before you leave, too.

Should I sedate my dog?

If your dog is particularly excitable or nervous during a car journey, then you might consider giving them a little sedative. The idea behind this is that it will keep them drowsy for the duration of the trip, and thereby dull those moments of excitement or panic.

Sedatives, however, should be considered only as a last resort. They bring about a number of undesirable side effects, not least of which is the possibility of a dependency forming. Instead, it’s better to wear your dog out through natural means. Perhaps you might take it for a long walk before the journey begins, in order to tire your dog out. That way they won’t have the energy needed to kick up a fuss, and your journey will proceed as smoothly as can be!