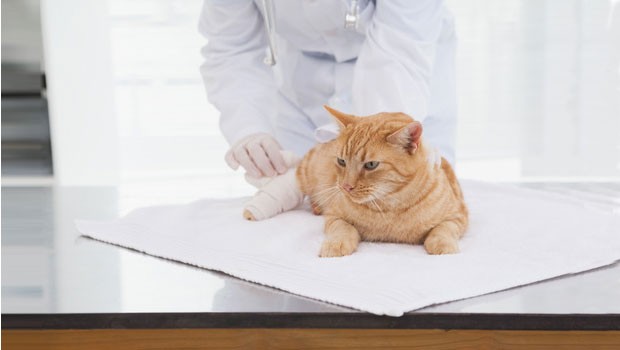 Cats can contract a wide variety of diseases and problems, of varying degrees of severity. With that in mind, here is a list of the top ten cat ailments and some of the most common. 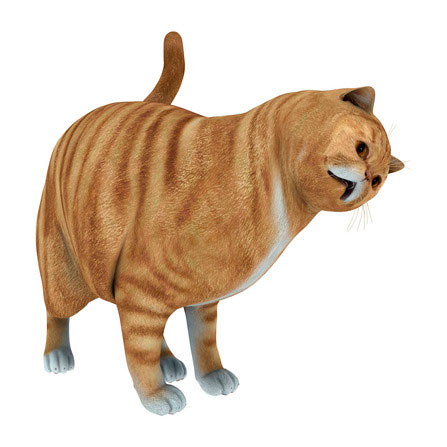 We’re all familiar with health advice warning us of the dangers of obesity. We often don’t apply this same advice to our pets – to their cost. Obesity is not strictly speaking, a disease, it is a condition which can bring about many other problems for you cat. To name but a few, obesity is a predictor of diabetes, arthritis, heart problems and high-blood pressure.

Avoiding obesity is a matter of simple observation. Pay attention to your cat; take note if it suddenly puts on a lot of weight, or if it seems inordinately heavy when it leaps onto your lap. Fortunately, there is a simple cure for fat cat – changes in diet and exercise can quickly solve the problem. If you are particularly concerned, your vet might be able to recommend a specific diet, which will help your cat to shift the extra weight.

Cats have a very keen sense of height. They are excellent judges of distance and can right themselves when they fall and famously land always on their feet. That said, they are still capable of making mistakes and falling – and of getting into inadvisable confrontations with other cats and with cars.

Fortunately, fractures are quite easy to spot. If your cat has begun walking awkwardly – perhaps with a slightly limp – then investigate further. You should take the cat immediately to a vet or animal hospital so that the broken bone can be put into a cast.

Hyperthyroidism refers to a condition in which the cat’s thyroid gland begins to put out too much hormone, causing a number of complications for the cat. The condition occurs, in most instances, when a benign tumour grows on the gland.

The symptoms of hyperthyroidism include an excessive propensity to drink (and, consequently, urinate), aggression and vomiting. Any cat displaying these traits should be taken to the vet at the earliest opportunity.

The condition can be treated in several ways. It is sometimes treated using drugs, but sometimes surgery may be required in order to remove the gland itself. In other cases, the affected area can be treated with radiation in order to destroy the tumour – though this carries a number of side-effects, to be sure.

As a cat gets older, it becomes more likely to suffer problems with its kidneys. There are also a number of diseases which can affect the kidneys and cause them to ultimately fail. A cat suffering from renal failure will drink a great deal and go to the toilet a great deal, just like a cat suffering from hyperthyroidism.

The earlier the symptoms are recognised and the disease is diagnosed, the better for the cat; if the disease is allowed to progress, the health of the cat can deteriorate extremely rapidly. While there is no way of reversing renal failure, if caught early it can be managed and the afflicted cat can still enjoy a long and happy life.

Cats suffer from allergic reactions, in much the same way as humans do. The causes include pollen, food and insect bites, to name but a few. An allergic reaction to the skin is typically evidenced by scratching and chewing on the skin. An afflicted cat may develop a rash and its hair might even fall out the affected area. If your cat displays any of these symptoms, it should be taken to the vet.

Gastrisis is a condition whereby a cat’s stomach lining becomes inflamed. This is painful for the cat – to an extent which varies wildly. Some episodes of gastritis are mild, others are more severe. It is often best to visit the vet, just to be sure.

The condition can be caused by a number of food problems: the cat may have eaten too quickly, or it may have eaten spoiled food. It is typically treated using anti-inflammatory drugs and antibiotics. 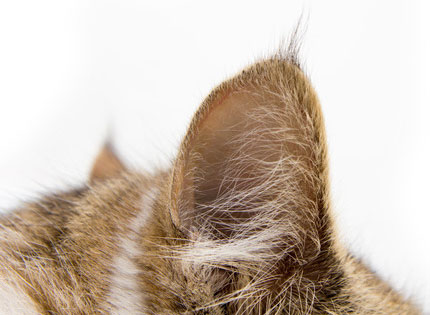 Ear infections are common among cats. This is perhaps unsurprising – their ears are large and open to allow them to hear better after all; a perfect entrance point for troublesome microbes and mites. Consequently, cats with larger ears are typically more prone to contracting an ear infection. They symptoms of an ear infection include a strange discharge and smell; the cat may also shake its head and flinch at being touched. The condition can be treated in several ways. In most cases, medication is sufficient to halt the infection, but sometimes surgery is necessary.

Colitis is a condition which occurs when the large intestine becomes inflamed. It can be caused by a large number of nasty microbes and its most obvious symptom is diarrhoea – though, perversely, an afflicted cat may also begin to suffer from constipation, too. Your vey may prescribe a number of remedies, including laxatives, antibiotics. A diet rich in fibre might also be called for.

Like humans, cats sometimes contract viruses which affect their ability to breathe properly. They may begin to sneeze and cough and their eyes and nose may begin to run. Sometimes the cat may have developed ulcers in its mouth or nose. That being the case, you should take the animal to the vet so that it can be treated. This treatment will consist of eye and nose drops, in most cases. Sometimes the cat may have developed another infection because of the virus and this may need to be treated with antibiotics.

This is a potentially fatal condition, particularly if the tract becomes blocked. In such a circumstance, the cat will need to be treated in a matter of days in order to avoid the worst. If your cat pees outside the litter box, or is visibly straining and distressed when trying to urinate, then you should take it to the vet at the earliest possible opportunity. Other warning signs include blood in the urine, and excessive licking of the genitals. The disease is typically treated by using a catheter to drain the bladder, and then medicating against the source of the blockage.