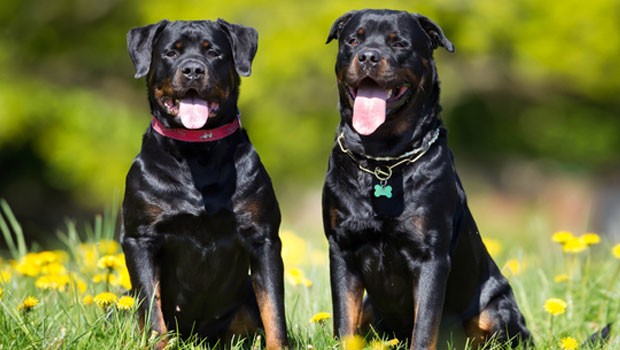 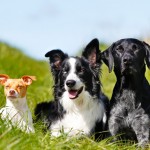 Handling multiple dogs in the same household can be a challenging experience – but it can also be a rewarding one too. After all, if a single dog can provide warmth, affection and good fun to a household, then many dogs can provide a great deal more of all those things.

Unfortunately, while the advantages of owning a single dog are multiplied when many dogs are brought together, so too are the disadvantages. You can expect, for example, that problem behaviours like destructiveness and unwanted urination to occur many times more frequently if there are many dogs to carry them out. This is complicated further by the fact that many of these behaviours are difficult to anticipate, and will occur seemingly out of the blue. Introduce a large number of dogs to a household all at once and you’re asking for trouble.

But as well as merely increasing the problems inherent in dog-ownership, multiple dogs in the same household can also create unique problems through their interactions with one another. In order that things go smoothly, it’s therefore important that you change your behaviour to accommodate your newfound canine friends.

In this article, we’ll take a look at some of the problems that can occur as we’re introducing dogs to one another and see if we can offer some basic, easily-followed advice that will help you to get your dogs living nicely together.

In order to understand how our dogs might behave, it’s worth getting into their heads a little. 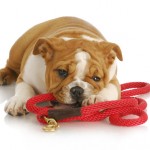 Therefore, a little canine psychology is in order before we go any further. Dogs are pack animals, descended from wild wolves, and so social order is hugely important to them. In a pack of wild wolves, the leader is the ‘alpha male’. This is the top dog, to whom everyone else is subservient.

Your task as the owner is to be the alpha male. Fortunately, you don’t have to be male yourself to perform this role; you merely have to assert yourself over charges. This means policing them, and clamping down on any unwanted behaviours associated with dominance aggression.

Of course, no top dog remains so forever, which is why in the wild, ambitious wolves will challenge the hierarchy through growling, barking and physical violence – behaviours that behaviourists refer to as the products of dominance aggression. By toppling the top dog, a young one can take his place.

Dominance aggression, however, is not just targeted toward older wolves. It’s also used to settle disputes between the more junior ones, too. This means that some dogs might decide they want to move up the pecking order by intimidating their rivals. In modern, domestic dogs, these instincts will be less pronounced, but they can still present problems if not properly managed.

Now, obviously you don’t want your dogs to be barking, growling and tearing lumps out of one another. This means that you’ll need to firmly establish yourself as in charge – not through intimidation or corporal punishment, but with a strong sense of discipline.

The first few weeks in a new household are crucial in dictating a dog’s future behaviour. It’s the time when the rules are established. Any habits developed in this period will be difficult to break. It’s also an opportunity to put into place the order of things.

During these first few weeks, dogs should be allowed to interact with each other only sparingly and be kept separate from one another at other times. This will prevent them from forming rivalries for your affection.

Food is among the most precious resources in the world, as far as a dog is concerned. Consequently, if dogs are allowed to eat in one another’s company, they might become jealous. More troublingly, this jealousy might result in one dog deciding that, since they’re the biggest, they might as well go ahead and take the other dog’s food. This is obviously unwelcome behaviour. It is even more so when the aggressor isn’t all that much bigger than the victim, as this can result in neither backing down, leading to an eruption of violence.

Such rivalry can be prevented before it occurs by having dogs eat separately from one another. Water is something that will be needed constantly, and so it’s important to keep enough bowls of it out that your dogs aren’t going to fight over them – one for each dog.

Take a break from one another

Some dogs will be less compatible with each other than others. An older, arthritic dog might not appreciate the boisterous exuberance of a puppy – rough play will jostle their aching joints, causing pain. Introducing one to the other might cause another sort of disagreement. In such instances, keep an eye out for signs of annoyance in the older dog, as this might be a warning that tensions are about to spill over.

Even dogs that have everything in common with one another are likely to disagree over something. This annoyance is likely to subside as the dogs get used to one another, but during the first few weeks it’s especially advisable that both dogs are given a safe space to retreat to when things get a little too heated.

Dogs will compete for all manner of things, from toys to treats to your attention. And it’s impossible to dispense these things equally. If there’s a new dog in your household, it’s often natural to give preferential treatment to the incumbent – they should be fed first, trained first and given attention first. This is in keeping with the arrangements in a wild pack of dogs. Provided that you aren’t too lopsided in your preference, your new dog will understand the rules and won’t be overly upset – provided that you get around to them, too!