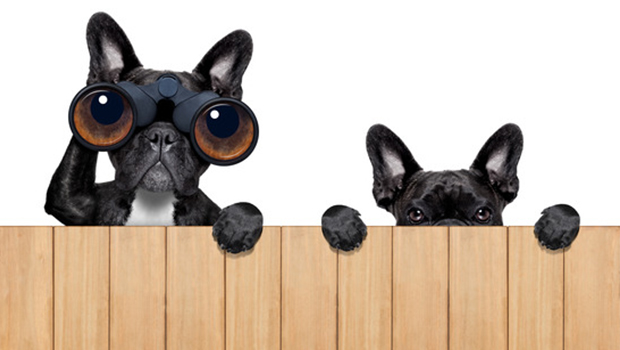 Of all of the breeds of pet that we might welcome into our homes, there are none older than the dog. It’s thought that they’ve been with us for more than a hundred thousand years, and that without the domestication of the dog, civilisation as we know it would simply not have been possible. 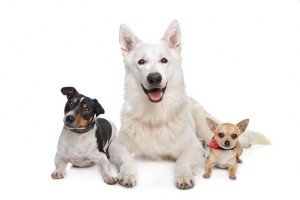 There are around eight million dogs living in the UK, and more than four-hundred different breeds across the world. On average, each dog costs its owner around twenty-thousand pounds over a lifetime.

So what is it about dogs that makes them worth this considerable investment of time and money. Why are they Man’s Best Friend, and how did it come to be so? In this article, we’ll examine this beloved animal – and see if we can find the answer.

What qualities does a dog have?

Dogs naturally possess a few qualities that might instantly make them better candidates for domestication than other animals.

The first is a matter of availability. With the exception of a few remote islands, dogs are available almost everywhere in the world one might find humans. It therefore wouldn’t matter if a Sumatran tiger were a much better candidate for herding livestock, or hunting vermin – if they’re not available to be domesticated, then they won’t be.

Dogs are pack animals with a strong sense of social hierarchy. In order to operate successfully in the wild, a dog must know its place, as it were, and be able to place itself in the position of other dogs. Dog owners often report that their dog is highly intuitive and empathetic. They might, for example, sense when an owner is feeling depressed, happy, or angry, and act accordingly, offering consolation, celebration or timidity. Human beings take advantage of this psychology to instil discipline into their domesticated dog, and to ‘dominate’ it in much the same way that a pack of wolves might.

As everyone knows, one of the main strengths of the dog is its intelligence and ability to learn. But more specifically, it’s in a dog’s ability to interpret human gestures. Of course, the most obvious example of this comes in the form of tricks – a dog can be conditioned, through reward and punishment, to perform a few simple actions on cue. But their success in this stems from their ability to interpret human behaviour, and to project what humans might want from them.

Of course, if we’re examining these traits in domestic dogs, then it’s difficult to tell which traits are a result of natural selection, and which are the result of artificial selection after domestication has taken place.

How were dogs first domesticated?

So how (and indeed, when) might the first dogs have been brought to heel? It’s a question that naturalists have been pondering for centuries. Naturally, there’s no way to answer such a question with certainty, and so a modicum of speculation is called for. What we can now say with certainty, thanks to recent advances in molecular genetics, is that all modern domestic dogs are descended from one particular species of wild dog – the grey wolf.

So, did some enterprising pre-historic tribesman one day decide to pursue a pack of wolves, in the hope of capturing one of them to act as a servant and companion? It seems unlikely. The risks involved in such a quest would have been enormous – and the potential reward would not have been felt until after a few generations.

A far likelier explanation is that dogs and humans evolved in symbiosis with one another. A pack of wolves which lived near to a human settlement would have felt different survival pressures than one living in a remote area. Ancient humans, much like modern ones, might have been willing to offer food to sufficiently friendly dogs. On the other hand, they might have had food stolen or scavenged from them by sufficiently bold ones. This would, over time, have led to such dogs evolving to become friendlier toward humans, and less afraid of them. Eventually, some dogs might have made the switch from one ‘pack’ to another – and these dogs might have represented the first domestic animals.

Domestic dogs would have been tremendously useful to hunter-gatherer societies, and so tribes which were willing to befriend dogs would have had a huge advantage over those that didn’t. Consequently, genes which predisposed humans and dogs to understand one another would have prospered – and this relationship is still going strong today.

How do dogs communicate?

To humans, a dog’s bark might sound like a rather crude means of expressing thoughts and emotion. Shorn of context, it might be difficult to tell the difference between an aggressive bark and a delighted one. But dog owners – and particularly veterinary professionals who encounter many different dogs on their travels – might disagree, claiming that there is a great deal more subtlety to a dog’s bark than there might first appear.

Repeated surveys have revealed that dog owners are in strong agreement over what different sorts of barks might mean. These studies usually come from a researcher placing a dog in different situations, recording the resulting vocalisations, and playing them to test subjects – all of whom, if they’re remotely familiar with dogs, are able to guess what situation the dog has been placed in. Many are even able to guess the specifics of the situation: for example, they might say that a dog is behind a fence, or that they want to be let off a lead, or that they’re playing with a ball.

Clearly, making a loud noise is an excellent means through which dogs can communicate with one another – in order to warn of dangers, attract a mate, or simply express themselves. But interestingly, wild animals like wolves, coyotes, and jackals do not bark – they howl and whine, but they don’t bark. It might therefore be that this particular vocalisation was evolved specifically to facilitate communication with human beings. A dog’s physiology and social psychology is littered with adaptations such as this; they make possible this lasting collaboration between human beings and their most popular pets.