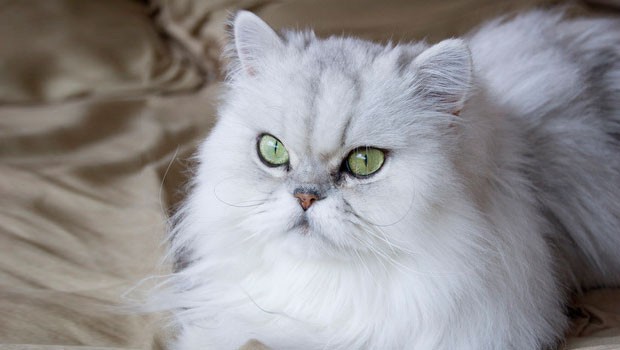 The Persian is among the most iconic of all cats – it’s famously beloved of Victorian aristocrats and volcano-based villains from James Bond films. But what exactly defines this most distinctive of breeds? And where exactly did it come from? In this article, we’ll see if we can investigate the matter further. 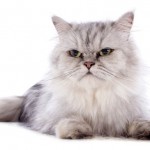 Profile: what is a Persian?

The Persian cat is famous for its long, luxuriant fur, which is often – though not always – brilliant white. It has a small round face and a short muzzle, though modern cat-owners tend to favour a more natural-looking head structure.

History: Where did the Persian come from?

The answer here might seem an obvious one: the Persian cat came from Persia. But while the first long-haired cats do originate from Persia, it was in nineteenth century Britain that the cat we know today was properly domesticated.

The first long-haired cats were imported to Europe from two different middle-eastern places at roughly the same period. Pietro Della Valle, an Italian nobleman and traveller during the Renaissance, is widely-credited as the first to bring back long-haired cats to Europe. During a ten-year voyage in the early 17th century that took him through the Holy Land, Turkey, India, Alexandretta and just about everywhere in between, Della Valle brought back with him a long-haired cat from Khorasan, a region of modern-day Iran.

At the same time, long-haired cats were being imported from modern-day Ankara, Turkey (the Angora) into France and then the rest of Europe. The period also saw similar breeds being brought back from the East, from as far afield as China and Burma.

A few hundred years later, at the first organised cat show in Crystal Palace, in 1871, specimens of the two breeds were put on display. A few years later, guidelines were issued which drew clear distinctions between the two – the Persian was supposed to have a longer tail, more hair and a larger head. Not everyone agreed, however and ultimately it was the Persian which proved the more popular among buyers.

Despite what we may now think, it was the Turkish cats that were white, while their Persian ones were of a darker grey colour. Moreover, genetics has taught us that the modern Persian cat is more closely related to the cats of Europe than it is to those of its geographical namesake.

Thanks to popular culture, the reputation of the Persian has been slightly impugned. We might associate the breed with spoilt rich people and master criminals – but for all of their glamour, the Persian is just as playful and jolly as many other breeds – many Persians retain the same temperament they have as kittens through much of their adult lives.

Persians are, however, fairly lazy cats. They just love to sit around all day long, and prefer to exercise only in limited bursts. For this reason, they’re not quite as agile as other cats. They may even be a little clumsy – so try to discourage them from walking across any surface containing delicate, expensive items like vases and antique crockery.

If you’re looking for a luxuriant cat to stroke as you relax on the sofa, then there are few better breeds than the Persian.

It must be said that Persian cats come bundled with a variety of different health warnings. They are one of several breeds with a genetic propensity for polycystic kidney disease, or PKD. This a condition which results in abnormal cysts developing on the kidneys, which can lead to extreme pain and death if not properly (and expensively) treated. For this reason, it’s important to be stringent when shopping for a Persian kitten – a good breeder will be able to provide you with a certificate proving that both the kitten’s parents are free from the disease.

Another potential problem stems from the so called ‘peke face’ (named after the flat-face Pekinese dog) which is popular with some breeders. This can bring about problems including deformity of the tear ducts which can result in an animal whose eyes constantly water. By the same token, the animal’s jaw might not be properly developed, which might mean that eating is highly troublesome. Check to see whether the kitten can properly close its mouth before you commit to buying.

Remember, a good breeder will be able to answer any questions you have, and be able to introduce you to the mother, and, if possible, the rest of the litter. This will allow you to check the others for signs of hereditary abnormalities. As with any pedigree breed, it’s advisable that you take the time to investigate all of the different options – find a breeder with a good reputation for producing healthy, happy kittens. 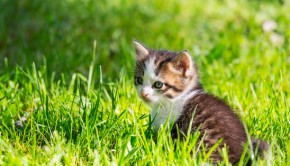 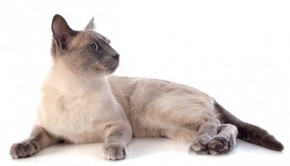 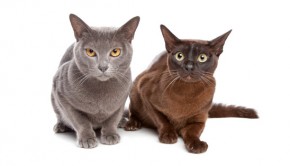 One Response to The Persian Cat