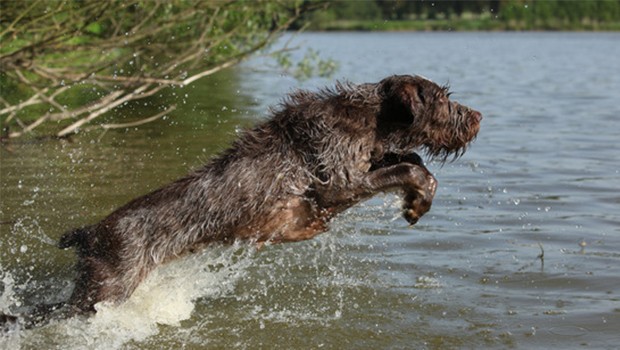 If you’re after a loyal companion, then there are few better candidates than a good hunting dog. They’re fiercely loyal and doting, as well as being sturdy and dependable. The Spinone Italiano is a breed which has been loved by our continental cousins for centuries. In this article, we’ll take a closer look 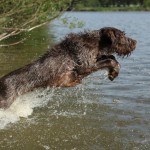 at this breed – among the most popular in Italy.

Profile: What is a Spinone Italiano?

The Spinone is a breed of Italian dog originally created for use in hunting. Italian hunters would rely on the Spinone to track down game, before shooting it (the game that is, not the dog). The dog still serves on Italian hunts to this day, but in modern times the dog serves a more traditional purpose: it’s a much-loved companion dog.

It’s this heritage which has produced the dog we see today: it’s heavily muscled, with a long head and a square muzzle. It’s rugged enough to withstand even the most adverse conditions, with powerful bones and bags of stamina, enabling it to easily propel itself over long distances.

The Spinone has a hard, thick skin, which allows it to power through dense brush in search of its quarry. It also comes equipped with a thick, textured coat, which is water resistant, allowing it to thrive in all weather conditions. This is an animal which loves to be outdoors, and will find going for long walks enormously pleasurable – especially if it gets the chance to rummage through the forest undergrowth.

History: Where did the Spinone Italiano come from?

While we know that this breed came to be in Italy, it’s precise origins are a little unclear. Some claim it to be a cross-breed of several different varieties of mastiff and setter, intermingled with dogs imported from Greece by ancient traders landing on the Adriatic coast. This theory is largely unproven, however, being driven by speculation rather than concrete fact.

The breed is fairly ancient, like most in the region. Dogs have been used for hunting since the time of the ancient Greeks, and even before then. What’s more, we know that there were dogs matching its description in Renaissance Italy – we know this thanks to its recurrence in artwork from the ear, and from descriptions of it.

While it’s obvious where the ‘Italiano’ part of the breed’s name comes from, it’s not so clear what significance the ‘Spinone’ has. It wasn’t until the 19th century that the breed came to be so named. Popular opinion holds that the name comes from the ‘spino’, or thorn bush, which the breed’s thick skin enabled it to so easily navigate. Such bushes would offer game protection against certain varieties of hunting dog, but not against the Spinone – and therefore the breed was so named

The Second World War put the breed into significant danger. Not only was there the considerable upheaval associated with Europe being plunged into chaos, but the hunters of Italy had also taken a liking to other, more common breeds of gun dog, like spaniels. Some breeders had even taken to crossing the spinone with other breeds, thereby diluting the stock still further.

Personality: What is the Spinone Italiano like to own?

Like all hunting dogs, the Spinone has a powerful constitution, and a co-ordinately powerful appetite. They’ll need to be exercised daily if they’re to avoid health problems, and need regular mental stimulation. If you’re thinking of buying a Spinone, then you should be prepared for a fairly active lifestyle. Among gun dogs, the Spinone has a good sense of pace – it will move more slowly and regularly than other breeds, and so makes a brilliant companion for joggers.

When it comes to grooming, the breed is fairly low-maintenance. It will benefit from regular brushing sessions, in order to remove any dead hair which might become matted in there. An occasional bath is also a requirement with the Spinone – especially given their love of the outdoors, and all of the muck that comes with it.

Like all hunting dogs, the Spinone has adapted a strong symbiotic relationship with its human masters. They’ve been bred, in other words, to be obedient, loyal, and trusting – after all, a hunting dog which ran off and did its own thing would hardly be very useful.

Consequently, Spinones are extremely dependent and doting. They crave human attention and praise, and, above all, order and discipline. If they don’t get it, they’ll develop behavioural problems. If you’re looking for a dog that will really love you, and want you to love it back, then the spinone might be just the thing – but you’ll need to really pay attention and assert your authority over the dog to get the best from it.

According to a study by the Kennel Club in the UK, which surveyed 222 live dogs, the life expectancy of the breed is around nine years – lower than the median age for dogs in general. Of these deaths, a considerable portion were caused by cancer. Like many breeds of purebred dog, the Spinone is slightly more prone toward certain sorts of disease. In particular, Spinones might be more prone to dysplasia of the hip and elbow joints. They might also suffer from eye problems.

Hip dysplasia is a common problem among active breeds of dog – particularly those that don’t get the required amount of exercise – to which a hunting dog’s body is adapted. If they don’t get this exercise, they can quickly fall into a spiral of obesity, whereby they’re less inclined to more because they’re too fat, and excessively fat because they’re moving less. Throw a painful condition like dysplasia into the mix, and they’ll be even more inclined toward sedentary. The end result of this can be an awkward, painful existence.

An obese dog is far more inclined toward joint problems like dysplasia and osteoarthritis. In breeds of dog where this is a special concern, like the Spinone, it’s especially important that weight problems are identified and addressed early on.