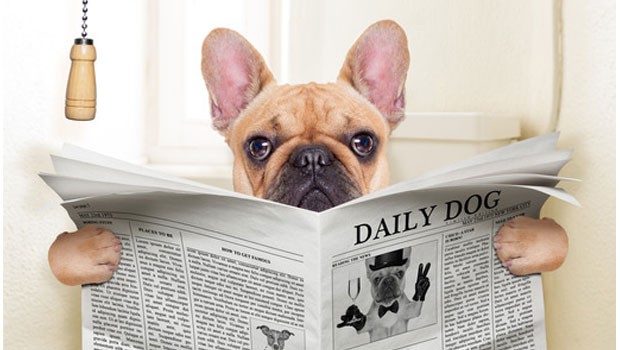 It can be difficult and very frustrating to house train a puppy, regardless of whether he is your first dog or not.

However, by knowing the techniques for doing this you can increase your chances of success and make the whole potty training process as easy as possible for both of you.

Show Him His Potty Area

It is important to choose a potty area for him early on and then to stick to it. This is where he has to go every time. You should reward him every time he goes here and does his business in the correct spot, by praising him or playing with him. You don’t want to confuse him so make sure that you use the same route to get there every time you go out. If it takes a few seconds to get there then you will have to watch your puppy closely to ensure that he has enough time to get there when he needs to go.

Train Him with a Lead

It can be very helpful to use a lead when you are potting training your puppy. The reason for this is that you can walk him to the right spot when he needs to go to the toilet. If you don’t do this then he could head off elsewhere. This could mean that he gets distracted from what he was planning to do and so runs the risk of doing it elsewhere. He might not like the lead at first but he will get used to it soon enough.

When you first start toilet training your canine friend you will want to choose a command. You should then carry on using this command so that he recognises it. At first he won’t be able to control his urges so you will need to say this command while he is doing his business. However, once he has more control you can start to use it whenever you think that he is due to go. Keep the command short and simple.

Get the Timing Right

Possibly the most testing part of house training a puppy is the timing aspect. At first you will need to take him to the designated potty zone once an hour or so, until you work out how frequently he needs to go. Give him a few minutes there each time. If he doesn’t do anything then let him stay there a few minutes then take him indoors with the idea of trying again later. The key times for taking him out are just before going to bed, when he wakes up and after he eats and drinks. As he gets older he will be able to control his needs for longer periods of time.

Look for Clues That He Needs to Go

You might notice that your puppy starts to whine, circle or go to the door. These are all clues that suggest that he might need to go to the toilet. You need to keep an eye out for those clues to avoid him having an accident in the house.

Keep a Note of Any Accidents

If he has any little accidents you should keep a written note of it. This will help you work out if there is a particular time of day or activity that causes him problems in this respect. Of course, you need to clean the soiled area extremely well so that the urine smell doesn’t draw him to it again. Different breeds of dog differ greatly in terms of how easily they can be toilet trained, so you may need to be extremely patient with him.

Punishing your puppy if he has an accident indoors isn’t going to help him learn any more quickly. In fact, it could make the whole thing a lot more difficult by making him start to fear you. Instead, you need to encourage him by praising him when he does it in the right place. If you catch him going to the toilet somewhere he shouldn’t do then just lift him up and take him to the right place. You can then praise him if he does any more while he is there.

During the first few weeks of house training it is vital that you feed him the same amount at the same time each day to establish a regular pattern for going to the toilet. Put out his food and once he has had 15 minutes to eat what he wants you need to remove the food and take him to his toilet zone. In terms of the drinking water he receives, there should be no restriction on this. However, when you see him drinking you should be ready to take him straight to the toilet zone. You will want to take away the water an hour or so before he goes to bed.

No Need to Use Paper Training

It is difficult for dogs to see any differences in the type of surface or paper that they do their business on. Because of this, paper training isn’t really recommended. It is far better to train him consistently on the need use the correct spot.

One of the most difficult factors in the potty training phase is when there is no-one at home to take him out when he needs to go. Providing him with an indoor potty zone isn’t a great idea, as it will only serve to confuse him. Ideally, you will have someone there who can take him out even when you aren’t as home, at least in the very early days.

When to Lower Attention Levels

After a month with no toilet accidents in the house you should feel confident enough to start to be able to lower your attention levels. He can now have more free time without you looking over him all the time to see whether he needs to go outside. He may still have the odd accident as he grows up but you will be able to see that he understands where he needs to go.