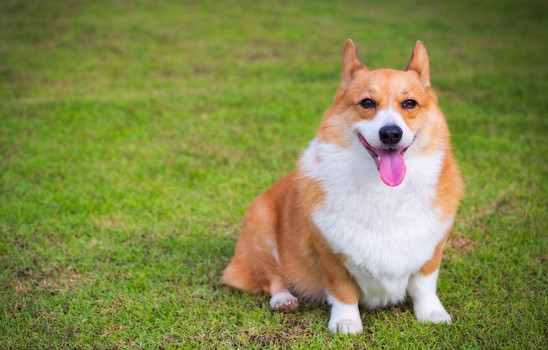 If you’re remotely familiar with the British royal family, then you’ll also be familiar with the current monarch’s canine of choice: the distinctive Corgi. You might not, however, know precisely which breed of Corgi Her Majesty favours. Well, now you do: it’s the Pembroke Welsh Corgi, whose distinctively stumpy frame has graced an enormous amount of Windsor-related merchandise over the past fifty years.

In this article, we’ll examine this most famous breed in greater detail. We’ll examine its origins, its attributes, and how it might fit into your home – even if your home isn’t a palace!

Given that it now finds itself in such glitzy surroundings, it’s perhaps ironic that the Pembroke Welsh Corgi was initially bred to herd livestock. But the modern dog is far shorter than you might expect from a dog performing that role: from the shoulder, they often stand no larger than a foot tall, and their bellies often hang just inches from the floor!

Aside from its small stature, the breed is also notable for its alert, intelligent expression, and upright ears. The breed is slightly distinct from the Cardigan Welsh Corgi in that it is slightly shorter, with smaller ears and straighter legs. Many Welsh corgis come with a distinctly patch of differently-coloured fur on their backs, which Welsh folklore has taken as a sign that fairies use them as mounts!

History: Where did the Prembroke Welsh Corgi come from?

This breed first came to be many hundreds of years ago. Historians have traced its lineage all the way back to the dawn of the 12th century, when it was imported to Wales by Norse and Flemish immigrants. But even before then, the breed would have been used to herd all sorts of animals – from smaller ones, like ducks and geese, to larger ones, like cattle.

The corgi was one of many different varieties of dog bred for such a purpose: its contemporaries included Samoyeds, Elkhounds and Schipperkes. It wasn’t until much, much later, in the early part of the twentieth century, that the Corgi stood forward from its rivals. This occurred in 1925, when the Corgi Club was founded in Camarthen, Wales. This first club preferred the Pembroke variety to its close cousin, the cardigan (also named after a place in Wales.)

At the time, the two variants were recognised by the Kennel Club as a single breed. It wasn’t until almost a decade later, in 1934, that the organisation recognised the two as separate and distinct. Its American equivalent would follow suit just a few years later, and before long both Cardigan and Pembroke Corgis were to be found on both sides of the Atlantic.

It was around this time that the breed’s association with the house of Windsor began. In 1933, King George VI gave his two daughters, Elizabeth and Margaret, a choice of three puppies, who were brought to the royal family’s home in Piccadilly for inspection by a representative from Rozavel Kennels. The girls chose one named ‘Rozavel Golden Eagle’ on the grounds that he had the longer tail, and so it would be easier to judge his mood. Of course, this birth name was swiftly dispensed with, and the Windsors took to naming the dog ‘Dookie’.

Since then, Elizabeth has adopted more than thirty different corgis, and her fondness for the breed has been documented the world over. The breed therefore has her to thank for its increased popularity in recent years – and this upsurge has been seen on both sides of the Atlantic!

Personality: What’s a Pembroke Welsh Corgi like to own?

Like most dogs bred for herding, corgis are a very intelligent breed. With the right training, they can be taught all manner of tricks – and they’ll behave impeccably. But by the same token, without the right training, they can easily get themselves into mischief. Like most herding dogs, the breed is very communicative, and will bark at the slightest invitation. For this reason, they make excellent watch dogs – provided they’re trained properly.

You might find it difficult to introduce a corgi into your house at first, and so crate training can be useful to make the introduction that bit smoother. Corgis need discipline in order to thrive – if you can project the required aura of authority, the dog will see you as the alpha, and will be submissive and well behaved.

Corgis, despite their small stature, have enormous amounts of energy. They’ll need to be exercised regularly. If you fail to provide them with an outlet for this energy, then you might see it manifest as a behavioural problem like destructiveness. They also have voracious appetites, and their diet will need to be stringently monitored if they’re to avoid obesity.

When it comes to grooming, the corgi is happily low-maintenance. The breed sheds in both the Spring and Autumn, with intact females also shedding during heat. In order to minimise the impact this might have on your interior, you should brush regularly during these times of year, and possibly enlist the aid of a professional grooming service every now and then.

It’s been noted that some Corgis will attempt to ‘herd’ small children by nipping at their heels. This behaviour is not a cause for concern – though it might be quite intimidating for the child in question. If you should notice this behaviour, then be sure to intervene at the time with a firm ‘no’. If you try to punish this crime retrospectively, then you’ll only confuse and distress the dog without doing any real good – after all, you’ve no way of communicating what the dog’s done to excite your displeasure.

Given the right environment, this tiny creature can add a dose of playfulness and energy into your home – they’re ideal playmates for small children, and larger ones, too, provided that you socialise them from a young age. So, whether you’re a committed royalist or a devout republican, be sure to consider introducing this animal into your home.