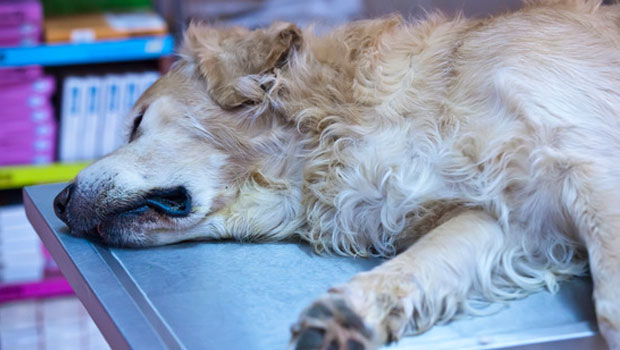 Minor Injuries and Bleeding in cats and dogs

Since both cats and dogs lead such active lifestyles, it is almost inevitable that they will at some point suffer some form of injury – and that some of these minor injuries will draw blood. Owners of such animals would do well to prepare themselves for such an eventuality and to ensure that they are able to deal with the consequences. Bleeding injuries are mercifully rare among pets, but they can be serious – particularly if inexpertly treated. In this article we shall examine the best courses of action in the event that a pet suffers a bleeding injury.

What to do in the event of a minor bleeding injury

The first step is to clean the wound. This is particularly important. You will need to remove any traces of dirt and grime and also any bacteria which might lead to an infection. You should first pour water over the wound – ideally, you should use saltwater. Mix it at a ratio of one teaspoon of salt for every pint of water. Pour the resulting solution onto the wound.

As you might imagine, this will cause some discomfort to the animal. You should therefore ensure that it is held still and reassured. You should now clean the wound with a soft cloth. In most cases, a towel will do. It is important to be gentle: remember, you are not trying to scrub the wound, you are simply trying to clean it.

The next stage is to apply cold compression. This will help to reduce the pain of the wound, along with any swelling. You should ensure that the cold compress is placed firmly against the wound. An ice-pack is ideal, but if you don’t have one to hand, a bag of frozen produce will do.

Your pet will doubtless insist on licking the wound – this is how animals have evolved to cope with such injuries naturally. However well-intentioned, their efforts will severely hinder yours. You should therefore cover the wound with a suitable bandage. This will also ensure that no foreign matter is allowed to enter the wound, thereby safeguarding it against infection.

Once you have performed this first aid, the next phase should be to take it to a vet. The vet will be able to perform a more thorough examination of the wound and prescribe further action, if necessary.

The bandage will need to be changed every day until the wound has properly healed. You should also be on the lookout for signs of infection, which will manifest as an unpleasant discharge on the bandage, or a bad smell coming from the wound. If you notice these symptoms, you should return to the vet as soon as possible.

What to do in the event of a bite wound

Some of the gravest threats facing cats and dogs are those which they pose to one another. Cats frequently come into violent disagreement with one another and dogs are guilty of this too. Disputes over territory can lead to a variety of nasty wounds. Bites and scratches, while rare, are a common cause of bleeding among pets. Unfortunately, an animal’s mouth is absolutely full of bacteria. The same, too, is true of their claws – which, after all, spend much of their time in contact with the filthy ground. Bites are therefore a great deal more likely to lead to infection and so should be treated seriously with the help of a vet.

What to do in the event of a major injury

Needless to say, major injuries carry a huge threat to both cats and dogs. In many cases, they can be life-threatening. If your cat or dog is bleeding to this extent, then preventing infection is less of a concern. The main objective of any first aid in this instance should be to halt the bleeding. If you have a sterile dressing to hand, then use that on the wound. A nappy or sanitary pad will work, as they are designed to absorb moisture, but a towel is better than nothing – provided that it is clean.

What do in the event of a puncture wound

Certain wounds may result from foreign objects, such as sticks, becoming embedded in an animal. If this is the case, then you should under no circumstances remove the object – doing so will lead to trauma as you pull it out. Instead, cut the object off a safe distance from the wound and apply a dressing in order to combat bleeding then take them to the vet.

What to do in the vent of a chest injury

If your pet has suffered an injury to its chest, then listen out for a ‘sucking’ sound. This sound is produced when an at least one of an animal’s lungs are punctured. You need to create a tight seal over the wound, in order to prevent air from getting in and out. This can be done quickly and easily with a roll of cling film. Once this is done, the animal will need to be taken to a vet as a matter of urgency.

What to do in the event of an abdominal injury

In particularly severe injuries, a pets organs may be exposed. It is absolutely imperative that your pet is not allowed to lick at them, as they will doubtless wish to do. You should wash the wound with warm water and wrap them in a clean towel and then transport them immediately to the veterinarian.