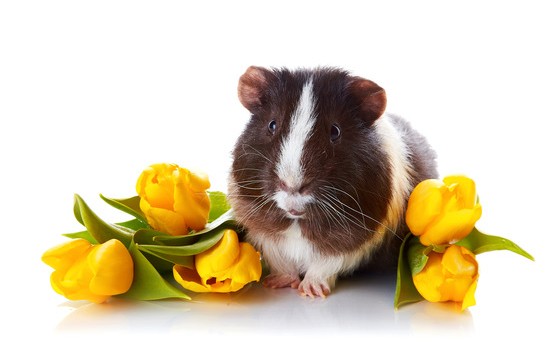 Guinea pigs are among the most adorable animals we bring into our homes – and as such, they’re beloved by youngsters. That said, the guinea pig is a relatively rare animal, with most British homes preferring a dog, cat, fish or rabbit. There are around 700,000 guinea pigs in the UK, according to an annual survey on pet population commissioned by the PFMA – putting them on a rough par with domestic fowl.

With such a small proportion of us housing these creatures, there’s something of a lack of conventional wisdom concerning how best to keep them safe, happy and healthy. If you’re a guinea pig owner, then you’re unlikely to be able to talk to a close friend about the topic – since few, if any, of your close friends are likely to own one.

And so, it’s worth gathering information on the subject – from your vet, the staff at your local pet shop, and, of course, from the internet. It’s helpful to use the ‘five freedoms’ cited by animal welfare groups as a model for how best to look after a guinea pig. Let’s see how each of them relate to this particular animal.

A guinea pig’s digestive system has adapted to take on board large quantities of fibre, specifically from grass and hay. They should get much of their food by grazing on growing grass (rather than grass clippings, which can contain harmful substances and objects), and with hay.

Dried pellets should comprise just a small portion of the animal’s diet, and it’s important to choose the right sort of pellets. Generally speaking, feeds come in two varieties – homogenous pellets and mixtures containing a number of different sorts of pellet. For many shoppers, the latter can look the more interesting. But having a mixture promotes selective eating – a guinea pig will quickly learn which pellets taste the best (typically the sweetest ones) and eat those, shunning the remainder. Over time, this selectivity will lead to obesity and dental problems. For this reason, homogenous, extruded pellets should be chosen over mixed feeds.

Guinea pigs should have constant access to water. This is typically provided in the form of a bottle which can be drank from whenever the animal becomes thirsty. Guinea pigs are also unable to synthesise vitamin C, as they lack the required enzyme – be sure to check that the feed you provide contains this essential vitamin.

Just as with rabbits, a hutch is not enough space for a guinea pig. For a long time, it was considered normal for a guinea pig to be confined to small hutch in the garden for most of its life. The RSPCA recommend a cage that’s at least four feet long. It should provide the animals with enough room to run and play without risking damaging themselves.

We should also consider the climate. While guinea pigs are happy either indoors or outdoors, they should be protected against extremes of cold and damp during the winter. Move their hutch into a suitable indoor spot or – better yet – to a heated outdoor location with an attached run.

By nature, guinea pigs are not solitary creatures. They’re at their happiest when they’re interacting with other guinea pigs. In the wild, a family group of guinea pigs can have between five and ten members – and these groups can live close beside one another. They will keep warm by cuddling next to one another, groom one another and provide one another with affection.

That said, some guinea pigs will not play nicely together – notably those which are not acquainted with one another. If you’re bringing together non-bonded guinea pigs, then be sure to monitor them closely for signs of conflict and fighting. It’s easier to bond groups of animals of the same gender – though it’s not impossible for different-sex groups to exist peacefully. Disruption usually results from the hierarchy of a group being disrupted – animals will display dominance aggression toward one another until a new natural order is restored. For example, if an alpha male in the group perceives a threat to his position, he might display aggression toward the newcomer.

For this reason, it’s best to buy guinea pigs in pairs or larger groups. This will give them the chance to socialise with one another – preferably from a young age. While rabbits might be similar to guinea pigs in many respects, the two animals shouldn’t mix, as the combination will almost always lead to violence and other problems.

After we’ve ensured that our pets have the right environment and food, we should consider how to react when they develop an illness. Unfortunately, guinea pig health is something of a specialist subject – and we don’t often consider whether our vet is competent until we need their help.

It’s important to be sure that your vet has experience in treating guinea pigs well before a problem arises – that way you’ll save yourself the trouble and stress of finding a new vet when your pet is ill.

Owners should learn to recognise which behaviours are considered normal, and which are cause for concern. Guinea pigs are active creatures, who need just a few hours’ sleep every night. They’re prey animals, and therefore very cautious of new stimulus (especially at the sight of a creature which might potentially eat them). When they encounter a new threat, their response is usually to freeze on the spot; they may then flee to a safe space – so be sure that you provide them with one where they can feel comfortable and secure.

Guinea pigs will also eat their own droppings, as they use an unusual digestion method called caecotrophy, which allows them to safely re-ingest food they’ve already digested in order to extract the maximum nutrition from them. Guinea pigs are natural explorers, and have an excellent spatial memory – and, generally speaking, the more space they’re given to explore, the happier they’ll be.

By avoiding a few common errors, you can give your guinea pig the best possible chance at a long and happy life. 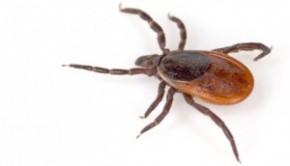