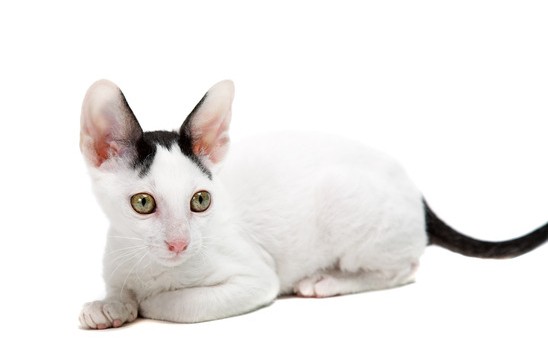 The domesticated cat has been around for thousands of years. They’ve provided us with companionship, served as pest control, and been the subject of countless uproarious YouTube videos. But of course, cats didn’t enter into these responsibilities overnight; cats in the wild exhibit quite different behaviours.

So how did domestic cats (or felis silvestris catus) come to be so? Let’s take a look at the history of the species, and in doing so see if we can explain some of its physical and behavioural quirks.

What are modern cats descended from?

All modern cats can trace their ancestry back to a wildcat species known a Felis Silvestris. This cat can be found across Europe, Africa and Asia, in mountains, deserts and forests. Though wildcats from these regions vary tremendously in terms of shape and size, modern genetic analyses confirm that they’re all closely related.

Of the different sorts of wildcat, it’s those found in Arabia and North Africa that proved the easiest to tame. You might have seen images of cats on the walls of the pyramids of Ancient Egypt – a civilisation where the cat was venerated to the point of worship.

How did cats come to be domesticated?

Of course, wild cats didn’t decide spontaneously to approach a human settlement and assume the friendly, lovable persona they’re now famed for; instead, the process was much more gradual. We can see from the fossil record that humans and cats have lived in close proximity for almost as long as there have been human settlements, but it wasn’t until the Egyptians that the animal was domesticated.

So how did this transition take place? The answer is: very gradually. The more popular theory centres on grain storage. One obstacle to early human progress was food – hunting and gathering the stuff was busy work, and it required the labour of almost all the male workforce in a human tribe. When humans worked out that they could replant the seeds of the plants they’d been gathering, much of this labour was reduced – freeing up some members of society to think of new advances that would make things even easier.

One of these advances was the granary – a means of storing food until it was needed – allowing settlements to keep food from the good years in order to survive the bad ones. This particular technology, while pivotal to the development of civilisation, brought about an unpleasant side effect – it provided lots of food for rodents. Before long, human settlements were crawling with rats – who in turn provided an ample food supply for the feline population.

Humans would naturally welcome the arrival of the predators – and might even have indulged and rewarded them for their mousing work. This created a new set of evolutionary pressures – more friendly and endearing cats would stand a better chance of surviving and passing on these traits to the next generation. Before long, humans might have protected cats from breeding with outsiders entirely – and with that step the transition from a wild to domestic cat would have been completed.

It’s worth clarifying the difference between domestication and taming. Domestication is something that’s done to an entire breed of animal, while taming is something that’s done to an individual animal through contact with humans. If a stray cat has kittens, then those kittens will still be wild. In order to become tamed, they’ll need to be exposed to humans in order to eliminate their fear and aggressive tendencies.

What traits remain from a cat’s wild heritage?

Domestication created new evolutionary pressures on the cat. Friendlier cuddlier cats were selected for. The size of the cat also changed – since a smaller body would demand less food and shelter, and pose less of a threat to humans.

But just because new circumstances have encouraged these traits, some of the older ones remain to this day. A modern cat still has deep-ingrained instincts for hunting, for example. It will hunt mice and birds, and many will be able to survive a return to a feral existence.

The desert environment from which most cats are descended has also left a mark on their physiology. Domestic cats are able to survive on very little water without complaint, and can produce extremely concentrated urine in order to avoid dehydration.

They’re also able to keep their body temperature even throughout the entire day, and they can become active during both the day and the night. Like wildcats, domestic cats of both genders are territorial and can react to encroachments by other cats with aggressive behaviours: most commonly in the form of warnings like yowling and hissing, but sometimes with escalation, like fighting. Mercifully, actual violence is mostly a measure of last resort; cats who are extremely aggressive toward one another are unlikely to pass these traits on, as they’re more likely to suffer lethal wounds.

Another means of avoiding these territorial conflicts is through spraying or rubbing against objects, and thereby signalling to other cats who the territory belongs to. It’s these behaviours that allow thousands of animals to co-exist peacefully in a single square mile of built-up city.

This behaviour can be explained to a large extent by the solitary nature of wildcats, which, unlike dogs, prefer to hunt alone rather than in packs. This explains why introducing new cats to a household that already contains a cat might be such a tricky thing; they’re likely to react to new arrivals with hostility rather than acceptance, as their territory will have been artificially curtailed.

So what does the history of the cat tell us about the behaviour of the modern feline? As it happens, quite a lot. By understanding where the modern cat has come from, we’ll be able to better interpret its behaviours – and thereby ensure that we provide our cats with the specialised care they need. What’s more, if you’re interested in cats, learning about their origins might prove interesting!