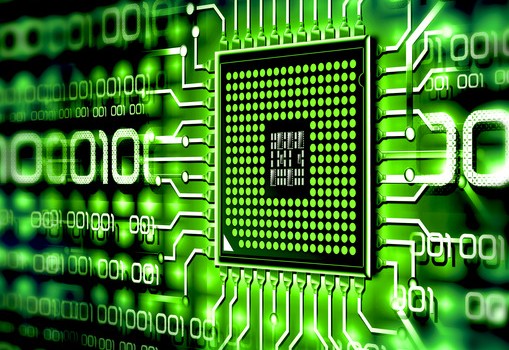 Dog Thefts and Prevention a Case for Microchipping?

Many of you may have seen on our Facebook page or in the news about the recent incident of Spice Girls star Emma Bunton’s plea to help find her missing dog ‘Phoebe’ and although we are not saying that the Labrador has been stolen it has prompted a look at other cases.

In recent months there has been an increase in dog thefts across the country and we don’t mean the odd instance here and there we are talking thousands of dogs being stolen each year by organised gangs that are stealing prized pets for sale on the black market at surprising profits.

Statistics from experts within the industry are saying that there has been a 17% increase on the number of dogs being stolen compared to the previous twelve months which sees that bring numbers to around 3,500. A significant number of these animals have been stolen from kennels and outbuildings at homes around the country, but reports are now occurring where the thieves have become increasingly bolder and are stealing pets from under their owners noses while out walking their dogs.

It would appear that the most popular breeds that are being taken are Labradors, especially those that have been trained as working dogs although there has been a recent increase in thefts on cocker spaniels following the news that the Duke and Duchess of Cambridge had recently acquired a puppy increasing their popularity.

It is believed that many of these animals are being stolen to order with many more being sold over the internet with some fetching prices as high as £2000. The authorities think that these figures could actually be higher as many thefts go unrecorded as the police will only investigate the theft if there is evidence of a crime.

Several high profile thefts have recently highlighted the plight of many ordinary dogs with people like Sheridan Smith the actress and Annabel Karmel the cookery writer both having the beloved pets stolen, although in these cases both dogs were eventually returned, one only after a ransom was paid.

How can you prevent it happening to you?

Of course not everyone is as famous as Emma Bunton and can make a plea to thousands of people via social media, but they can still be a very powerful tool if it happens to you and sites like the UK Missing Pet Register and Lost Pet Found Pet can help tremendously.

There are many other things you can do that can help prevent the theft in the first place, all dogs within the UK are required by law to wear a collar and dogtag when in a public place. These can of course easily be removed by a thief but if the dog is microchipped, adding the word ‘microchipped’ to the dog tag is often an effective deterrent.

Ensure your dog is microchipped or tattooed but preferably both and make sure that these are checked regularly by the vet who installs the chip, also keep tattoo clean by wiping with surgical spirit on a regular basis.

Keep any documentation that you have for the dog together in a safe place and make sure you have pictures and notes of any unusual markings, so if the worst does happen you cn make the pet visibly identifiable.

If you are out with the dog, ensure it has been trained to stay within your sight if off the lead, or walk on a long extending leash. Be cautious of strangers when out, especially ones asking to have their picture taken with the dog. Don’t ever leave the dog unattended outside shops or in a car.

If at home ensure fences and walls are adequate not only to keep the pet in but intruders out.

This is by far one of the best things you can do to protect your pet and there have been recent announcements that every dog owner in England will be required to have their pet microchipped from 2016, which could see owners who don’t comply being fined upto £500.

Microchipping involves placing a small microchip encoded with details of the owner between the shoulder blades of the dog by use of a sterile needle. The chip is no more than the size of a grain of rice and the procedure can be completed without the need for an anaesthetic and is no more painful to the animal than a standard vaccination.

The chip itself is coated in the same material as used in human pacemakers which ensures that the device is not rejected and the device eventually fuses to the dog’s tissue so that it doesn’t move around.

The cost of having this done are between £20 and £30 pounds but the benefits far outweigh the cost of losing your beloved pet. Remember that unlike collars and dog tags the microchip can’t be easily removed and are invisible to the naked eye, even if the dog is removed from the UK it is still traceable as the chips work worldwide.

We have spoken in the past about having an emergency plan for pets and the microchip can become an integral part of that plan if you are ever separated from your pets.

Remember though that if you change address or any details that are on the chip to get the chip updated and keep the records correct.