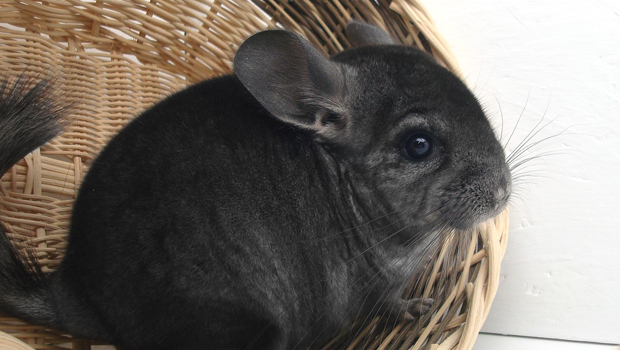 Chinchillas are probably the trickiest of all the small rodents to keep as pets but absolutely worth the effort. Looking after a chinchilla is a big responsibility, not least because they can live for up to 20 years but in return they are happy to become your best furry friend. They are clean, quiet, odourless and of course have the most amazing soft and velvety coat.

They don’t make ideal pets for young children, but older children and adults can reap the benefits of looking after these lovely, friendly creatures. However, buying chinchillas is a costly business and requires a long-term commitment to meeting their needs. Here’s what you need to know about looking after chinchillas.

In the wild, chinchillas live in colonies of over 100. They are sociable creatures and enjoy living with other chinchillas that they will form close bonds with. Often, a single chinchilla will be lonely and lethargic so ideally you would keep a pair or a group. If you decide to introduce a second chinchilla into a cage, try to allow time for the creatures to live next door to each other for a while first. You can move the sleeping compartments closer together over time. This gets the pets used to each other and likely to be more accepting of their new friend. Even once they have familiarised themselves, chinchillas prefer to maintain separate sleeping compartments.

Breeding pairs should not be introduced until they are at least 8 months old. If you don’t intend to breed them, neutered males generally make the best cage companions.

If you plan to keep just one chinchilla, handle them daily from the start. If you handle them well they will come to see you as a companion.  Chinchillas enjoy human company and will happily form a bond with you. They generally enjoy being petted but most will resist being picked up and held.

Cages placed in dry, well ventilated areas are better homes for chinchillas than glass tanks, as in tanks it is difficult to maintain an appropriate temperature. The optimum temperature for a chinchilla is 10-18°c. They originate from cool or cold mountainous areas of South America and have thick fur to keep them warm. Solid floors are best for small feet and tiny claws. Slits or wires can injure their feet or trap them. They are nocturnal and like to have a sleeping compartment to get peace and quiet throughout the day. They have long hind legs which are made to climb and jump, therefore ensuring your pet has multiple levels to jump up and down is best. They need lots of exercise so space is important. Wheels are good for them as long as it is a large wheel without spokes so that they can easily run on and off. They will also enjoy access to wood, rope, cardboard and pumice that they can chew on.

Although chinchillas enjoy sleeping in the day, they can be played with early evening and many people like to take them out of their cages to allow them space to run around. They won’t generally be house trained and do poo a lot so be aware! They can however be tamed to come back to you if they are running around outside their cage. If you have to grab at their tail to catch them this can cause them a lot of stress and can even break their tail so it is advisable to get them used to handling first so that they will willingly return to you. Chinchillas do enjoy chewing and won’t discriminate between an appropriate toy and a piece of furniture or electrical wire so it may be wise to chinchilla proof a room before opening the cage.

In the wild chinchillas eat grass, leaves and twigs. In captivity, it is hard to meet their specific protein requirements so it is best to use specialised chinchilla food to find the right balance. They will also enjoy access to leafy greens and hay. Treats of the occasional piece of dried fruit or root veg can be given but bear in mind that on the whole their diet should be low in sugar and fat and high in fibre. Avoiding seeds and nuts is best due to their high oil content. Too much fat is associated with liver disease in chinchillas and obesity poses a health risk in overfed chinchillas as it is does in other animals. Any alterations to diet must be introduced slowly as sudden changes can stress the animal.

A chinchilla’s teeth grow continuously and so they need to be able to chew to wear down their teeth. Hay is good for this as it is abrasive. Due to the amount of poo a chinchilla produces it’s a good idea to store hay in a rack and food in a side bowl attached to the cage to avoid droppings landing in it. Although the soft droppings that chinchillas produce (caecotrophs) are actually eaten and re ingested!

Chinchillas also need to have a continuous supply of clean water. If you notice any changes in eating or drinking habits, contact a vet as this is often a sign of ill health or stress.

A chinchilla’s soft velvet coat has 80 hairs to each follicle. It is beautiful to touch but needs regular baths to keep it in good condition. You should provide a dust, or sand bath for your pet and change the sand regularly. Chinchillas are messy bathers so high sides are a must!

Chinchillas are nervous animals that stress easily. They are preyed on in the wild and so need a safe and secure place to hide. Place their living quarters away from other pets such as cats and dogs as a chinchilla will be afraid of the sight or smell of a potential predator. They enjoy routine and get very stressed about change or excess noise and activity. Signs that your chinchilla might be stressed include:

In conclusion, chinchillas are fantastic pets that enjoy human company and have big personalities but in return they require delicate handling and very specific living conditions. Serious owners who invest time and money into in their chinchillas’ care will almost certainly feel that the payoff is worth it.