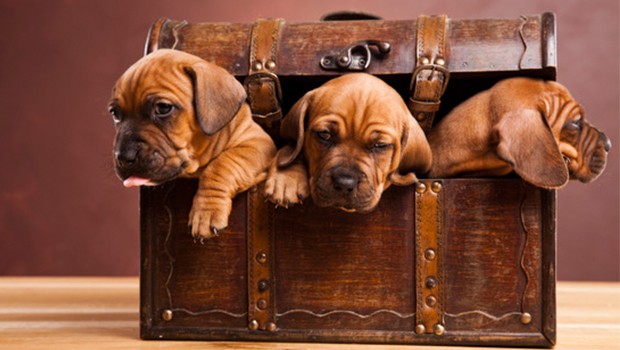 If you’re gotten hold of a young puppy, then congratulations are in order. You’ve just introduced a cute, cuddly ball of fun into your household – and they’re sure to liven the place up for years to come. That said, you may also be getting more than you bargained for, as young puppies also have an impressive capacity for outrageous naughtiness. They’ll test your boundar 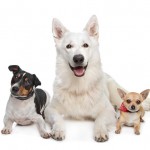 ies, they’ll play up, and they’ll generally make nuisances of themselves.

This early stage of development is hugely important in predicting future behaviour. If you don’t take the right approach at this juncture, then correcting it later on can be almost impossible. Or, to borrow the popular maxim, you can’t teach an old dog new tricks. You can, on the other hand, teach young dogs – and it’s vital that you do, otherwise they’ll learn entirely the wrong lessons, and you’ll be stuck with a problem child forever.

If that sounds daunting, then try not to worry. Confronted by such things, it’s understandable that many new puppy-owners to feel a little lost. But not to worry; in this brief article, we’ll take a whirlwind tour through some of the problems and behavioural advice. Let’s begin, shall we?

An oft-repeated piece of advice, often attributed to the Hippocratic Oath, is that anyone seeking to solve a problem should ‘first do no harm’. For our purposes, this harm comes in the form of encouraging bad behaviour.

Many well-intentioned owners do this without even knowing it. When your puppy jumps up at you, for example, you may react by laughing and giving the puppy attention. This, needless to say, is a sure-fire way to create an adult dog who engages in the same behaviour.

Those who aren’t keen on the idea of endlessly bellowing the words ‘get down’ at a blissfully oblivious dog should therefore ensure that they do not reward such behaviours. Exert some authority early on, and you’ll avoid years of sore throats and stress.

This goes especially so for destructive and potentially dangerous behaviours. If your puppy bites you, then you might find it cute. If a fully-grown dog were to bite you, however, you’d probably have a different reaction. As you might imagine, a lack of authority in such a situation can result in serious problems further down the line.

As well as making sure that they don’t unknowingly reward bad behaviour, puppy owners should ensure that they knowingly punish it, too. Unfortunately, it’s not always clear what the proper reaction should be.

Let’s take an example we’ve already touched upon. Many puppies elect to bite their owners during playtime – and sometimes out of it. This is perfectly natural behaviour, particularly in puppies without brothers and sisters to play with. It’s more common in some breed than others – hunting dogs are particularly prone to it.

Reacting to a bite with anger or violence might seem a good way to discourage the behaviour. But hold on – your puppy is simply playing, and can’t yet distinguish between what is and isn’t playful. A far better tactic is to withdraw attention. Say ‘no’, in a clear, assertive voice. Stop playing with your puppy and ignore it until it behaves itself.

It’s important to remember that positive re-enforcement is far more effective than punishment. Recognise when your puppy is acting in a desirable manner, and they’re sure to replicate it later on. If you’re consistent and fair with your discipline, then you’ll soon see results.

What Not to do

There are few things we should certainly avoid. Firstly, you should never use corporal punishment on your puppy – not only is it cruel, but it’s ineffective as a deterrent. By simply offering praise and attention when good behaviour is displayed, and authority when it’s not, you can correct bad behaviours without resorting to violence.

Similarly, you should avoid handing out retrospective punishments. If you find that your hyperactive puppy has shredded your nice new pillowcase into a million pieces, then you might be tempted to wave around the affected item, wailing “look what you’ve done!” or some similar lamentation.

But your puppy is unable to comprehend that you’re talking about something that happened in the past – and so any attempt at discipline will just result in confusion. Though the animal might appear to be remorseful, it’s actually fear. So, unless you catch the puppy red-pawed, let it go.

In order to guard against these problem behaviours, you might wish to restrict a puppy’s access to the house during those first few months. By beginning with a cage, and then allowing them to roam an entire room, and then the whole house, and then outside, you’ll be able to gradually expose them to new sights and sounds.

That said, it’s important to distinguish between problematic behaviour and natural puppy behaviour. If your dog is hyperactive, then this may be something that it will grow out of. Allow your puppy to expend its energy, but don’t go out of your way to tire it out; a puppy’s joints are not yet fully developed, and excessive exercise might prevent them from becoming so.

Another apparently problem behaviour which can be part of the puppy’s natural development is the habit of submissive urination. This is a practice whose origins extend back to the wild dog and wolf species from which modern domestic dogs were descended. Dogs indicate deference to their superiors by urinating in front of them. If your puppy lacks confidence, or feels intimidated, they may wet themselves – if you’re worried about the state of your carpet, then you might want to ensure that your puppy is outside the next time you do something which might intimidate it.

If your puppy’s behaviour is particularly troublesome, then you should speak to your vet. Animal psychology is complex, and problem behaviours have many different causes and solutions. With consistency and patience, you’ll be able to control your puppy’s behaviour, and thereby ensure a healthy relationship as it grows up.